So...to celebrate my little brothers b-day my Mom decided she wanted me to make cupcakes.
Because I have been so busy she bought ready made frosting & box cake mix for me to do so with. Which really is no big deal.
However, she wanted me to use my new Ice Cream Cone Cupcake pans she bought me awhile ago, which I have yet to use.
So I did.
I hate them....so much!
Not only do almost all of my cupcakes stick to the pan...arrrgh! But then trying to get them to stand up was almost impossible!

This is the pan and what they are "supposed" to look like. 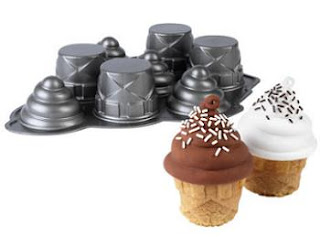 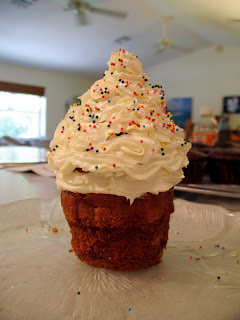 Which looks ok, right?
Well, five minutes later this is what they looked like: 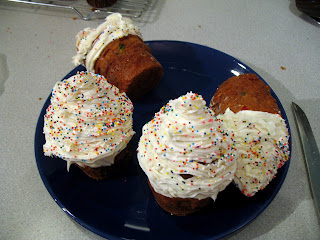 Umm yeah, they FELL OVER!! To heavy & not stable enough of a bottom :( 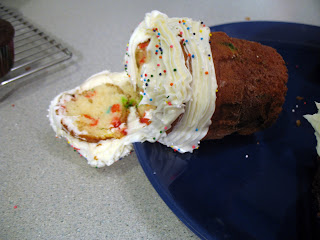 Disaster! Heathcliffe tried to make them better for me... 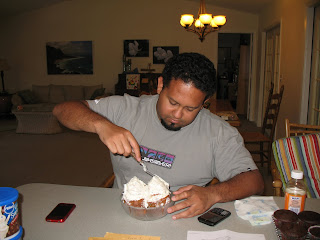 So I proceeded to make some regular chocolate cupcakes and those turned out just fine. Also, I totally hate store bought frosting, it's so sweet and is just no where near as tasty as home made. *sigh*

Other then the tipped over ice cream cone cupcakes it's been a splendid weekend! ha!
Sorry about the rant...I was just so disappointed in my baking mishap...they look so pretty on the box!!
Posted by Nicole Underwood Gonzalez at 9:40 PM

hmm. I wonder what one has to do to get some of these tasty treats?

I hate when cake pans are deceiving! Most brownie pans stink, too.

They don't look perfect but I'll be they tasted good. Joining your followship to see what's coming next. Thanks for sharing, Keri

come and see me too at www.samwich365.com 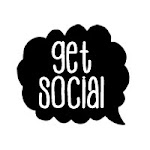 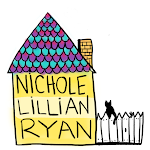 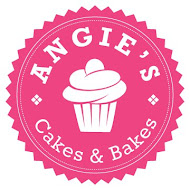